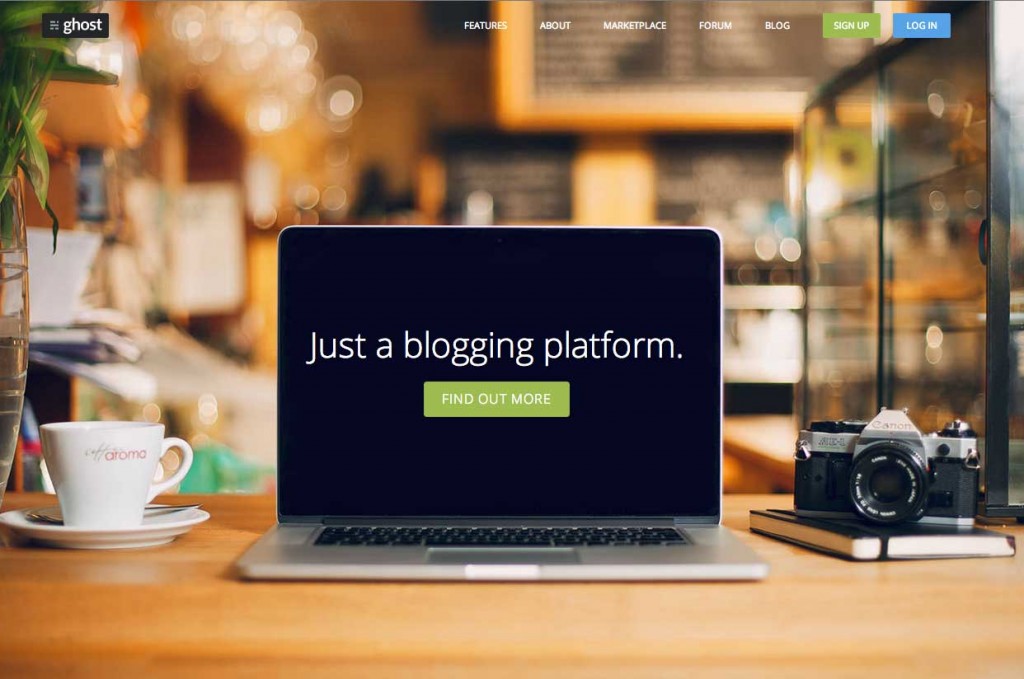 Ghost opened to the public yesterday—on Canadian Thanksgiving Monday, no less!— so I naturally downloaded it and gave it a spin.

It’s been available to Kickstarter backers for a few weeks now (or months?) so there’s lots of press out there already. Almost all of the stuff I’ve read has been overwhelmingly positive, and for good reason. Ghost is already a well packaged product: the branding, the marketing, the single-minded vision (to be a blog), to say nothing of the software itself (it looks great).

I read a great piece from Michael Bastos yesterday talking about the intersection of WordPress and Ghost. He does a great job of outlining where both are in the market and where they’re likely to collide and/or benefit from each other. I agree with almost all of what he says. But while using Ghost yesterday for the first time, I wasn’t struck by how full-featured it was, or how it could develop into a “WordPress killer” as some are saying. What I was struck by was something unexpected.

I was struck by the speed and responsiveness. Having Javascript at its core, I was certainly expecting Ghost to feel somehow different, I just wasn’t sure how. But after a few clicks around the admin area, it felt wildly different than anything else I’ve used. Pages loaded instantly when you clicked. No waiting, no progress bar, nothing. Just click and then there’s the page — instantly.

Going back to a WordPress project after playing with Ghost for a half-hour or so, felt like I was taking a real step backwards. I could feel the WordPress pages loading. I’d click a menu item and wait a noticeable amount of time before the page loaded. It wasn’t unbearable or sluggish by any means, but it really was different. Of course I understand that a page load in WordPress involves much more than one in Ghost, and that their underlying technologies are very, very different, but still.

The whole time I was playing with Ghost yesterday, it felt that this was where WordPress could stand to benefit most. As more and more of WordPress slowly morphs into Javascript, we’ll eventually get to a stage where WordPress behaves this quickly and responsively. This is what makes working with WordPress that much more exciting.