A few weeks back, Facebook bought the (poorly named) messaging app, WhatsApp, for a metric tonne of gold bars. I’d never used WhatsApp before the acquisition (and now that Facebook owns it, I’m extremely unlikely to), but my curiosity was piqued. I downloaded and installed it, opened it up and expected something different than what I found. 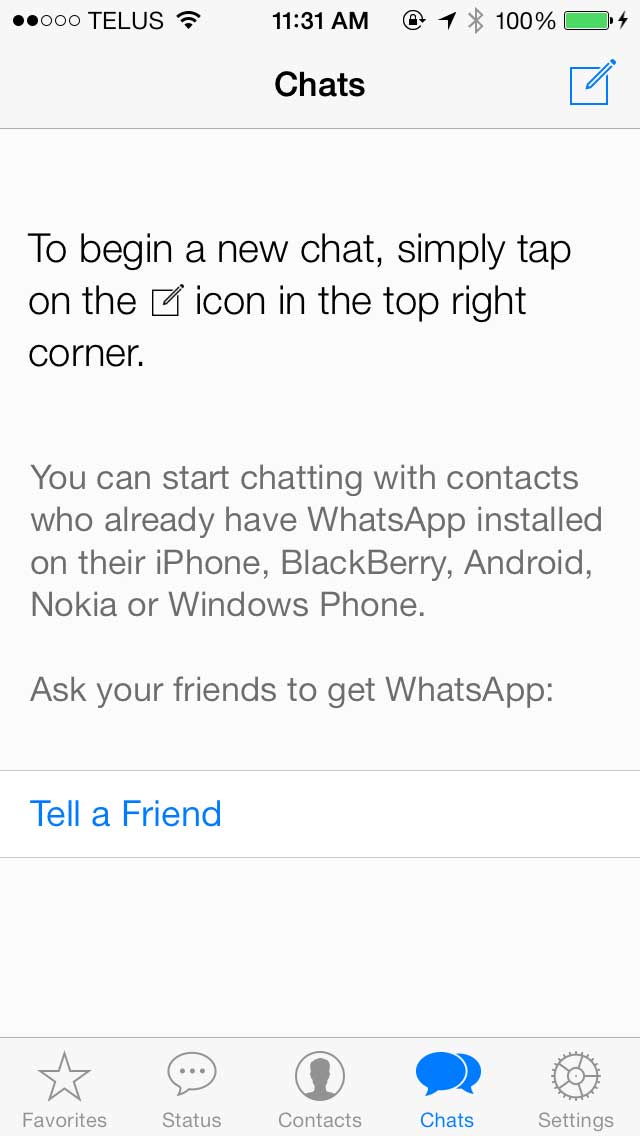 This bajillion dollar app really doesn’t do anything until I connect with all my friends and convince them to go download it too. I can’t even send a message (the only thing the app does) to anyone unless they also have the app installed. Talk about a bummer.

So I went about trying to convince some of my contacts to give it a try. I went to three key people in my rolodex:

I get the problem that Whatsapp solves, and I’ve seen the absolutely insane numbers they’ve posted since starting just 5 years ago. They’re enormous in Europe, South America and in lots of places in the developing world, and basically, everywhere except North America. I get why it’s a huge thing there and not such a huge thing here in Canada or in the US. I get it—I really do.

So when I describe the perfect messaging system in a few minutes, I don’t want you to say, “Aaah….he’s from North America. He doesn’t have the messaging problems that other places have. He doesn’t get it.” I’ve thought a lot about this and while I think Whatsapp is a neat app, I really don’t think it’s the messaging app of the future.

This isn’t your Dad’s messaging app

The messaging app I want will let me receive a message from a Samsung or Blackberry or flip phone on my desktop, let me reply to it right from there, and be instantly sync’d to my iPhone, my Nexus7, my home laptop, and — this is the big one — anywhere via the cloud from a web browser.

The messaging system of the future doesn’t care about contacts or devices or phone carriers. You send or receive a message from any device, on any device. Having messages tied to your phone is silly when you think about it—you don’t just send messages from your phone, do you? No. You send messages all day long, from wherever you are. Your desktop, your laptop, your phone, your tablet, your in-laws computer, etc. Messages should be tied to you, not to your phone.

Whatsapp is pretty neat for what it does, but it isn’t the messaging app of the future. This always ready, always sync’d, any-device system is. Again, maybe it’s technically (or politically) impossible — it’s hard to imagine Apple, for example, opening up its iMessages to another vendor, but we can dream.

This is the system I want, the system of the future — all your messages, available all the time, on any device. The company that can make this happen will be worth far more than $19 billion. Now we can only hope that Facebook doesn’t end up buying it.